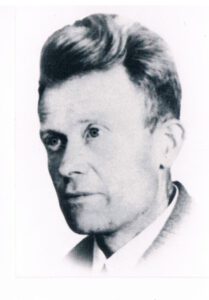 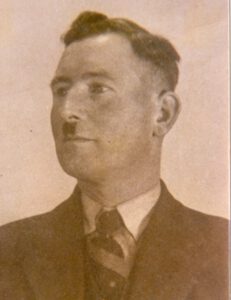 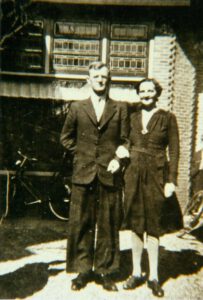 Last photo of Johannes and Dien together,
taken in Rijnsburg 1944

In the Police Gazette of August 1st 1943, Johannes Post is requested to be located and detained. The following day, there is a special edetion of the Police Gazette with a request for the arrest of Marinus Post. Marinus’ farm in Kampen has already been raided. He was able to flee, but his wife and children were taken to the police station. A few days later, his farm burns to the ground. Johannes has been warned and leaves just in time.

Johannes and Marinus go into hiding at the same time. Johannes stays in the vicinity of his village, Nieuwlande. But when the net closes in, he decides to go west. In the autumn of 1943 he transferres his work; Arnold Douwes and Max Léons take over the hiding network, Hemke van der Zwaag takes care of the armed resistance group. 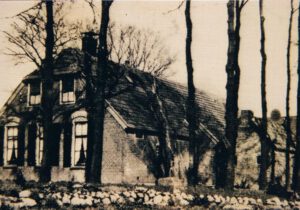 Johannes and his wife Dien move in with brother Henk in Rijnsburg. Henk Post is a Reformed minister there. Together with doctor Edzard van der Laan, he is active in accommodating people in hiding. And there, with Henk, Johannes finds his brother Marinus again. Together they decide to set up an armed resistance group (KP) to continue their work. Six months later Marinus, who prefers to work solitary, decides to found his own armed resistance group: KP Evert. Johannes, who realizes that cooperation between the many teams is inevitable, becomes one of the leaders of the national LO / LKP group in wich many resistance movements are merged.
We use cookies on our website to give you the most relevant experience by remembering your preferences and repeat visits. By clicking “Accept”, you consent to the use of ALL the cookies.
Cookie settingsACCEPT
Manage consent