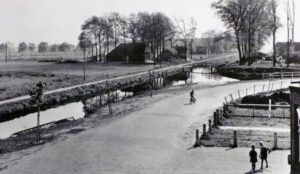 An impression of Nieuwlande in the 50’s 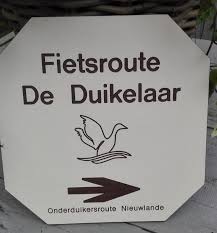 There is a cycle tour of 45 kilometres which starts in Nieuwlande, the route being based on the stories of Jo Schonewille. You will pass striking places in the village of Nieuwlande and its direct surroundings. For instance, you will cycle along the houses with a war history, the underground hole where people hid and areas where various events during the second world war took place, such as Geesbrug, a camp that was used for various purposes over a short period of time. The tour is also interesting when regarding the landscape. You will get an impression of the landscape around Nieuwlande in the 30’s and 40’s of the last century. This is a landscape that was in those times transitioning from a peat bog to an agricultural area.