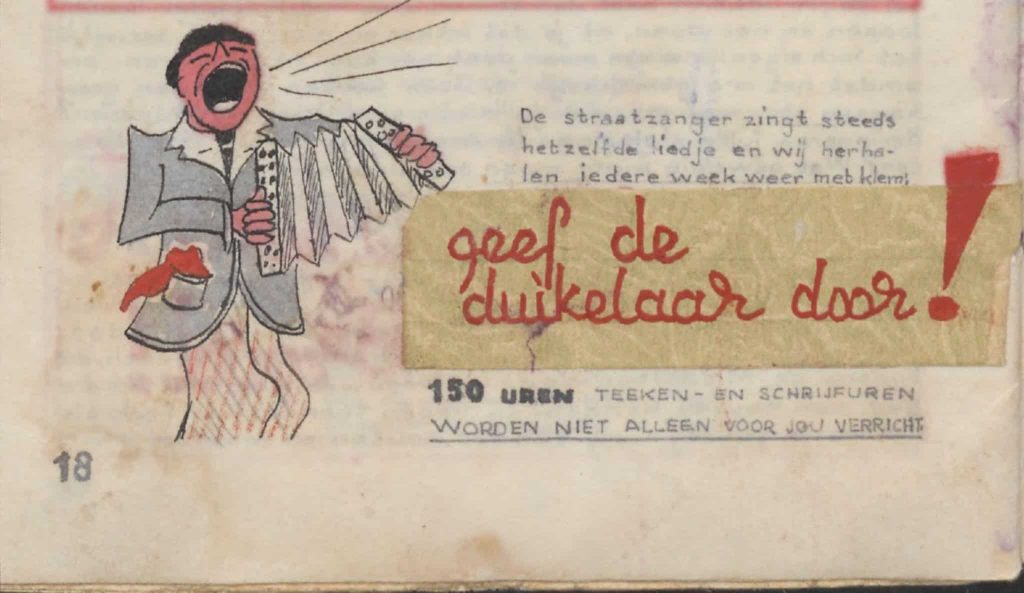 For nine months two Jewish boys, Peter and Herman, were hiding under the floor in the Reformed Church of Nieuwlande. There they made a weekly illegal newspaper “de Duikelaar” and drew cartoons. The newspaper was circulated from hand to hand in the village and the cartoons were sold. The boys also falsified identity cards.

Nieuwlande is known for the many (Jewish) people who hid there. Johannes Post, Arnold Douwes and Max Léons, three members of the Dutch resistance during the German occupation, established a network of hiding addresses there. In the village and surrounding area, as well as the woods around the village, they established hiding places during the threat of raids. The Johannes Post postal centre in Havelte restored one of the hiding holes in 2014.

The former clergyman of the reformed church in Nieuwlande, Ds. Slomp, alias Fritz the Tramp, established a nationwide organisation known as the LO. When he complained about the difficulty of finding hiding places, Post replied “Just bring them to Nieuwlande.”

Nieuwlande was given, as a village, the Yad Vashem award. Only one other village in the world to receive this great honour, is the French Le Chambon sur Lignon. 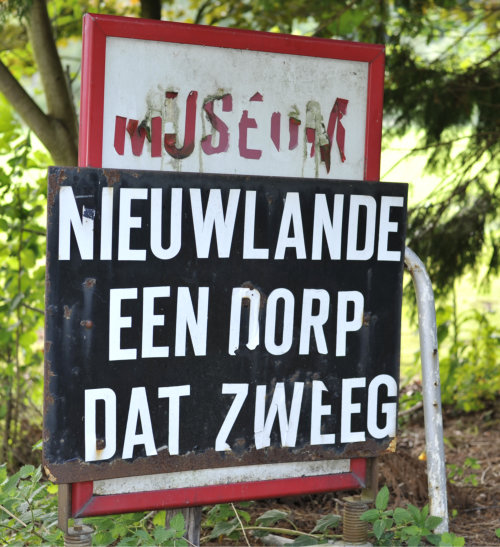 Jo Schonewille had a private resistance museum on his farm which he called “Nieuwlande 1940-1945, a village that maintained silence”.

After his death in 2016 the Museum Nieuwlande Foundation made work of the preservation of this collection.

The many objects, photos, documents, wartime newspapers and identity cards that he had collected in the course of time are now displayed on loan at the museum de Duikelaar. The museum wishes to pass on to future generations the stories of people in hiding and war memories.

The village that maintained silence now has a lot to tell.

Necessary Altijd ingeschakeld
Necessary cookies are absolutely essential for the website to function properly. These cookies ensure basic functionalities and security features of the website, anonymously.
Functional
Functional cookies help to perform certain functionalities like sharing the content of the website on social media platforms, collect feedbacks, and other third-party features.
Performance
Performance cookies are used to understand and analyze the key performance indexes of the website which helps in delivering a better user experience for the visitors.
Analytics
Analytical cookies are used to understand how visitors interact with the website. These cookies help provide information on metrics the number of visitors, bounce rate, traffic source, etc.
Advertisement
Advertisement cookies are used to provide visitors with relevant ads and marketing campaigns. These cookies track visitors across websites and collect information to provide customized ads.
Others
Other uncategorized cookies are those that are being analyzed and have not been classified into a category as yet.
OPSLAAN & ACCEPTEREN
Aangedreven door